For the data centre, security, WiFi, Office 365, consultancy and many other matters, Torfs counts on VanRoey.be on a large scale.

Schoenen Torfs is fully aware of the importance of IT. Even before working with VanRoey.be, the company put a lot of effort into digitisation. The IT department consists of a team of 15 employees who manage and maintain all PCs and servers within the organisation on a daily basis. We spoke to Raf De Leu, ICT Manager at Torfs, who called in the help of VanRoey.be to give his team the necessary support:

"Over the years, our IT department has grown considerably. Unlike many other companies, we do not opt for outsourcing, but we do as much as possible in-house. We have our own first line support, several system administrators and a team of functional and technical analysts.

The head office of Schoenen Torfs is located in the industrial park of Sint-Niklaas and the distribution centre is a few kilometres away in Temse. Thanks in part to the success of the webshop, the company has experienced enormous growth in the number of staff at both locations. Raf De Leu: "At both locations, we currently employ some 110 employees, and in order to support our e-commerce platform, numerous new profiles have been recruited, such as writing all of our marketing texts ourselves and having our own photo studio.

In addition to the current distribution centre, a brand new complex is currently being finalised: "Because of our rapid growth, it is important for us to allow the underlying IT platform to evolve as well. the positive feedback I asked VanRoey.be to help us with this," says De Leu, "since the beginning I have been impressed by the professional approach, never before have I received such detailed and clear quotations, each time with a team of specialists at the table, but despite the professional framework, the collaboration took place in a pleasant, almost homely atmosphere." These elements proved to be the ideal cocktail for a successful collaboration.

The first project that Torfs and VanRoey.be realized together was the implementation of Office 365 Every user already had an Office license," says Raf, "but it was an impossible task for our system administrators to keep track of who had exactly which license. Moreover, not everyone always had the latest version". Thanks to the Office 365 platform, it became a breeze for administrators to manage users and updates are carried out automatically: "And by migrating all 95 users to Exchange Online, the outdated local server could be shut down," adds Raf.

Secure environment thanks to Fortinet ecosystem

Almost at the same time as the implementation of Office 365, the security of the company's network was also examined, and the choice for Fortinet was quickly made: "We were already using Fortinet as a WIFI solution both in our offices and in our stores. Because of its recognition as a Fortinet Platinum Partner VanRoey.be was the ideal partner to also provide the security solutions A FortiGate 100D Next-Generation firewall was chosen for both the head office and the distribution center, combined with a layered approach via FortiMail and FortiSandbox.

A security audit revealed that improvements could also be made to the existing WIFI network, as employees could connect to the company network using their personal smartphone or tablet, which was modified so that this is now only possible for computers registered in the domain. A completely separate guest network was set up for visitors or employees with personal devices, and the shops were also provided with a 'Torfs Guest' network, taking into account the shop's opening hours.

In the distribution centre, about 1500 orders a day are shipped daily and during peak times this number can even be as high as 4000 parcels. Raf De Leu: "The entire order picking process is carried out via wireless scanners that are connected via WIFI, so that we can synchronise our stock in real time and send our customers a status update immediately. In order to guarantee the continuity, it was decided, in consultation with VanRoey.be, to provide additional access points here as well.

Renewal of the WIFI network

At the end of 2017, Schoenen Torfs decided to replace the existing Wi-Fi network in all 75 stores, and VanRoey.be was asked to provide a new connectivity network that was more stable and powerful than the existing system, and that would eventually be able to generate information about customer movements. We also wanted to move to a centrally managed system in the cloud," says Raf de Leu. Based on Torfs' wishes, we quickly arrived at Ruckus Cloud Wi-Fi. This installation was written down in an extensive separate case study with accompanying video.

Renewal of the data centre

The Torfs data centre is located at the head office in Sint-Niklaas. After the summer of 2016, it was decided to replace the eight-year-old IBM BladeCenter. The hardware and software for an automated backup was also renewed.

"In order to achieve our further growth ambitions, it was crucial that we invest in a more efficient data centre," says Raf. After consultation, an HP ProLiant DL380 Gen 9 was chosen. servercombined with HP 3PAR storage The servers in the distribution centre in Temse function as a backup. These were also renewed.

Adaptation at the heart of the network

Thanks to the specialists at VanRoey.be, a number of much-needed changes were made in the area of switching, not only were more efficient 10Gbit switches installed, but a considerable optimisation of the network was also carried out. ICT Manager Raf De Leu agrees: "Over the years, additional switches were made where necessary, sometimes one loop after the other, which of course caused chaos and was accompanied by a number of problems: one switch went out, all users connected directly or indirectly went offline.

Because uptime is essential for Torfs, a core network has been set up at both offices, allowing system administrators to better manage bandwidth requirements and set priorities where needed. If there is a problem somewhere, another switch will take over.

During the cooperation it became clear that both companies have a complementary corporate culture, just as VanRoey.be recently participated in '.The Fitest CompanyTorfs also organises initiatives on a regular basis to stimulate the fitness and health of its employees. But also pillars such as sustainability and corporate social responsibility are very important for both organisations.

"With VanRoey.be we have found the IT partner we were looking for," says Raf, "The initiation and installation of each project is done by VanRoey.be's technicians. But with clear documentation and proper training, my people can continue to take care of the further management and first line support, but with the peace of mind that if we don't know ourselves, we can always call on VanRoey.be's specialists. I've worked with a lot of companies before, but the approach of VanRoey.be is truly unique.

Schoenen Torfs is a household name in Belgium. Father familias Louis Torfs started selling shoes on the market in Mechelen. Over the past 70 years, the family business has grown into a company with 73 physical stores and more than 700 motivated employees. The satisfaction of these employees has earned the company the 'Best Workplace' award eight times over.

Since 2012, the card of e-commerce has also been drawn, with success! Internet sales grew exponentially, making the webshop their largest store.

I have worked with many companies before, but the approach of VanRoey.be is really unique. With VanRoey.be we have found the IT partner we were looking for, “
Raf De Leu
ICT Manager Shoes Torfs 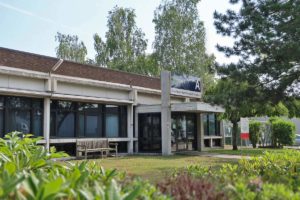 We can look back on a successful migration of 14 Terabytes of business-critical data and 7,000 employees to SharePoint.
Read more 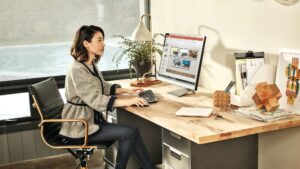 Office 365 is the most widely used collaboration platform. Discover the numerous tools to optimize the productivity of your organization.
Read more 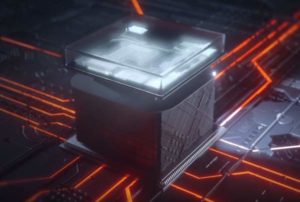 As a Fortinet Platinum Partner, VanRoey.be is the right place for you to be advised and supported about the rock-solid Fortinet Security Fabric.
Read more 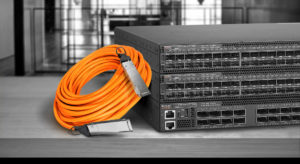 Managing a fast & stable (wireless) network requires the right expertise. Our colleagues are maximally certified to assist you in this.
Read more